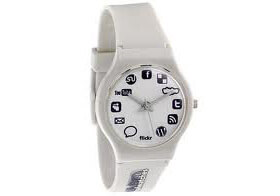 This week, the team at C ( Group launched our social media campaign, and we decided that blogging was a key part in establishing our web presence. Sure, we’re on Twitter (@CGroupDesign) but some things just can’t be said in 140-characters-or-less! So here we are, world! For our debut blog entry, we wanted to do two things: first, we’d like to introduce ourselves (hello!) and second, we’d like to discuss our venture into social media.

For those out there who haven’t heard of us, we’re C ( Group. In short, we’re a multi-disciplinary creative agency focused on integrated design solutions. In detail, we do everything—branding, graphic design, web solutions, customer experience engineering, and more. (If you’re interested in the “more” aspect, learn all about us on our newly redesigned website here) We’re a team of designers, programmers, writers, researchers, and project managers. Again, the name is C ( Group, and we’re happy to be here.

Why social media, and why now?

“The most ‘profound truths’ are just timely ideas” – Darby Bannard

Today, with the average computer owner spending more than eight hours a day on the Internet, most of our interactions with brands happen online. In earlier years, brands interacted with consumers vis-à-vis one-way communication (e.g. radio, television, billboards, magazine ads). This meant that somewhere in the world, a signal was sent out, and consumers absorbed the message via the interface that presented it to them. The modern computer, however, is a two-way interface, one that both sends and receives signals.

So what does this technological shift mean for brands?

In a recent article on the evolving landscape of Internet branding, industry guru Mark Schillum argues “branding is about creating patterns, not responding to messages.” As Schillum goes onto explain, the old maxim that “consistency is key” may not translate into the ever-volatile world of new media; instead, he suggests, Internet branding is about being able to translate consistency into a variety of forms and across a multitude of mediums. Today, brand patterns must be both adaptive and coherent.

With the rise of social media, brands are no longer distant, abstract, or static entities; through outlets like Twitter and Facebook, brands become alive, exuding a real and felt presence in the living global village. Or, as Schillum puts it, “the brand becomes more dimensional, and, in effect, more human.”

Brands are not reaching their full potential if they aren’t actively taking part in shaping their online identities. In our technological world, brands have the opportunity to communicate themselves on a variety of platforms, and the content of their message is no longer limited to a slogan or tagline. Instead, brand communication is now a conversation, a dialogue between businesses and organizations and their respective audiences.

With much of the world moving online, the landscape of branding is shifting, and we’d advise that you give social media some thought. After all, throughout history, those who have survived were not necessarily the strongest or the fastest, but the ones who were best able to adapt to change.