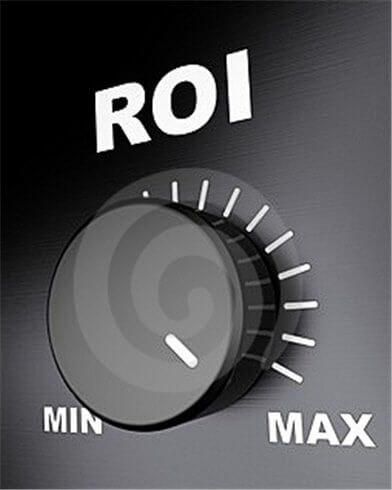 This post appeared on Mashable, though it was originally published on the American Express OPEN Forum.  It has been repurposed here for the CRESCENT community.

What’s the ROI of social media? That’s the million-dollar question that every marketer and brand manager would like to answer — and yet, we still can’t do it.

Earlier this year, a study reported that 74% of CMOs predicted that 2011 would be the year that social efforts were finally tied to hard ROI. And here we are, nearing the end of 2011, still not certain how to uniformly measure the economic benefits of using social media.

Instead, social media ROI is a mystery to most marketers, and the pros who are measuring it all have their own theories and practices. But there isn’t a one-stop tool that solves the problem of how to understand and calculate social media ROI. How then, are marketers supposed to measure campaign success?

Hal Thomas, a content manager at BFG Communications, recently spoke about how to approach the fuzzy world of social media ROI during his presentation at Geekend Roadshow, a technology-focused portion of theDMA2011 conference.

Instead of presenting a formula or product for how to solve for social media ROI, Thomas introduced three thoughts about how to approach social media ROI. Read on to hear his thoughts and add your own voice to the conversation in the comments below.

1. Social Media is the Vehicle, Not the Destination

“We often approach social media like it’s the destination rather than the vehicle,” says Thomas. Marketers often want to “be on Twitter,” but don’t consider that it’s actually a communications tool and that consistent action must be taken to engage a following.

Thomas noted, “[Social media] is not the stopping place. It’s the starting place. [Marketers] have to take action on their prospects — [they] have to take their fans and turn them from passive fans to transacting customers.”

2. Listen and Apply Learnings to Every Department

Thomas advised brands to listen to the conversations generated via their social channels and learn how those discussions can benefit every department in the organization.

Thomas also gave a great example revolving around a celebrity chef whose Facebook Page had accumulated more than 1 million fans — each time the chef posted on Facebook, his posts generated an average of 2,000 Likes and 600 comments. The chef came to Thomas asking if these numbers were “good.”

Pure numbers don’t say much, though. A more interesting finding, Thomas explained, would be to compare interaction levels on each post to find that the chef’s followers respond in higher volume when he posts about chicken recipes and much lower volumes when he posts about fish recipes. This data, if tracked over time, could be handy information for deciding what types of recipes to include in the chef’s next book, for instance. In this example, it would make sense to include more chicken recipes and less fish recipes. This should translate to a more successful book, and it further extends the usefulness of social media measurement beyond the sales and marketing departments.

Measuring the amount of or growth in Facebook fans and Twitter followers isn’t going to cut it. Instead, brands should be measuring effectiveness the same way they measure success in offline activities.

“It doesn’t matter whether you have a billboard, a magazine ad, an online banner ad or a social media channel. Impressions are impressions,” said Thomas. And that extends to all kinds of key performance indicators.

Sales teams run on specific metrics, while customer service departments operate on an entirely different system. Each department’s success measurements for social media should be based on their specific goals and metrics.