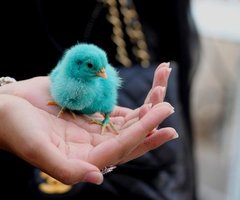 Although the Twitter engine has been trucking along since 2006, the microblogging service hasn’t picked up steam until recently. AllTwitter, the unofficial Twitter resource, reported that the number of Twitter users is up two hundred percent, with more than 200 million tweets per day across Twittersphere.

In its six-year lifespan, Twitter has radically changed the way we gather and disseminate information and shaped a new kind of citizen journalism. A more recent phenomenon is the presence of corporate voices on Twitter; brands everywhere are jumping on the Twitter train, as many marketers have realized the potentials for reaching wider audiences on Twitter and other social media services like it.

Compared to other methods of communication, Twitter is a young communication tool, and we’re still culturally negotiating the rules for online etiquette. How long should it take to reply to a mention? What about a direct message? For brands venturing into Twitter, even more questions arise: Should I follow my competitors? What kind of content is appropriate for sharing? Should I thank every follower?

If you take your brand to Twitter, be sure that you’re not just trying to “sell” you audience; research has shown that online users are more likely to pay attention to your content if you’re offering information or advice rather than trying to sell a product of service.

If your brand is on Twitter just to publicize your business, you’ve missed the full potentials of this medium: like the actor who fails to engage with his audience, the tweeter who simply posts links to her work isn’t partaking in the conversation, and she’s missing opportunities for connection and interaction. Twitter isn’t a monologue—in fact, its very structure resists the monolithic and authoritative voice found in printed mediums.

Engage your audience and participate in the discourses that are meaningful and relevant to your industry and you’ll tap into the full potentials of Twitter.

To follow rule #1, my second rule speaks more about how to engage your audience:

Reduce: Twitter is a reductive medium in the sense that what you say is limited to 140-characters or less. Twitter forces us to deliver our message in a short, direct, and concise manner, not unlike an “elevator speech” which asks executives to pitch their great business idea within the time span of an elevator ride. Think about what your brand has to say, and keep it simple and direct.

Also, reduce the number of people you thank for following you. While it’s a nice sentiment, you don’t want to clog your Twitter feed with a stream of “thank yous”; Group as many as you can into one tweet.

Reuse: It’s okay to reuse content from the web, just be sure to credit your source (see rule #4 on citing content). Tweet links to articles and events that are relevant and meaningful to your brand’s industry and audience.

Retweet: Sometimes, someone else just says it better—and that’s okay. Use the retweet function on Twitter to pull content from other users into your Twitter feed. The people and organizations that you retweet will be thankful, and they’ll be more likely to circulate your content in the future. Remember that Twitter is about sharing information and engaging your audience rather than being the first one to the punch.

For business, I treat Twitter DMs (Direct Messages) with the same level of importance as business emails: I check them every morning and attend to each of them individually. If someone has sent you a direct message on Twitter, take the time to reply: not only is it common courtesy, if you don’t reply, you risk losing a loyal follower!

While social media may have eradicated what we once used to call “original content,” there’s still something to be said about crediting the source of the content you’re sharing. If you’re on Twitter for business, it’s likely that you’ll be retweeting content from other users and sharing information from other websites (see rule #2 on retweeting)

Citing on Twitter can be as simple as adding a few words to your tweet after you post a link (“Check out this article on Twitter etiquette from our friends at Crescent”) or using the mention function (@) within your tweet (“thanks to @CrescentDesign for this article on Twitter etiquette”). When you mention a name on Twitter using the @function, the field becomes hyperlinked to the source, and readers can follow threads back to their original author if they’d like. If you get in the habit of citing on Twitter, you’ll find that other users are more likely to return the favour.

Let’s pretend you’re a small business that sells cupcakes, and you’ve found another business in the same city that also sells cupcakes. You notice that they’re on Twitter, and you wonder whether or not you should follow. It may seem counter-intuitive, but in my experience, I’ve found it’s a good thing to follow your competitors on Twitter.

So, back to my cupcake business example: let’s pretend that you notice that your competitors are tweeting links to cupcake recipes. What if you offered in-house baking classes where you teach locals how to bake rather than giving them a recipe, and you use Twitter to publicize these services? Or, let’s say your competitor tweets news about an upcoming baking tradeshow that you didn’t know about: you can possibly join the show, also, or better yet, host your own in-store tradeshow. As twitter progresses, you’ll notice more collaborative competition between businesses.

Don’t worry about your competition “stealing” your clientele or your ideas; if your brand is truly confident about the products and/or services it offers, you won’t be worried about losing clients to competitors or “leaking secret insider information”; with the world wide web, there’s no such thing anymore, and the best you can hope for is to lead the conversation.