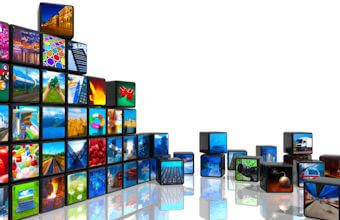 Following your website, email marketing, social media, in-person events, PR, and print, video ranks seventh in the list of most important communication tools for nonprofits. At first pass, it’s easy to dismiss video storytelling as not important, but consider that YouTube is the second largest search engine in the world, and the third most important social media site for nonprofits after Facebook and Twitter. In 2014, 28% of nonprofits were expected to add or experiment with YouTube*. Those that have made video part of their communications strategies are seeing the value, and many will follow in their footsteps.

Most nonprofits are excited by opportunities to reach new audiences and learn about new strategies to do just that. The biggest challenge nonprofit communicators expect to have in 2014 is “the lack of time to produce quality content”*. So then why not seek more compelling user-generated content to back fill?

Messages delivered by video are far more likely to be remembered than those delivered in other ways. Many worry that social media, emailing, and especially texting have robbed us of our abilities to interact on a face-to-face level and read body language. Video brings back those elements of communication that are “lost in translation.” Moving-images and people talking provide a certain realness to the message, and by extension, video storytelling adds personality to the brand. Let’s face it: people pay attention to people. We’re easily captivated when people can experience the full impact of the emotional delivery of a message.

If you are thinking about video for storytelling, there are really two ways to go about it with pros and cons for each: Produced Video versus earned video or “Video Crowdsourcing.” Both yield advantages over other mediums in so far as engagement, inspiration, shareability, and the retention of message are concerned. And both methods demonstrate that your company is culturally relevant and technologically savvy.

Produced Video involves the full process of storyboarding, script-development, casting, shooting, editing, mixing—and the costs and time associated with all those steps and talents. The results, of course, can be highly moving pieces of content that will last your organization a long period of time. Many large charities and foundations have been successful in this space. For example, Charity: water has a very compelling series of videos produced as a means for inspiring supporters. There is a link at the bottom of this article to watch Paull Young, Director of Digital at Charity:water describe his strategies related to inspiring through video.

Video Crowdsourcing relies on the submission of videos from people… people within the reach of your network (and theirs) who are compelled to the point of engaging with you (and the world) on this personal level. The time and cost implications are very low (pros) but the uncertainty of results—especially related to content and levels of participation—make us hesitant to jump on the bandwagon. This is consistent with the initial reservations we experienced with social media in general, but the same realizations we’ve made for the benefits of social media will translate to video crowdsourcing (which is in fact just an evolution of social media).

We know that people trust other people more than they trust traditional forms of advertising, and people are moved by the experience of others more so than by a large organization, brand, or company. Allowing real supporters or those being helped by your organization to be the face of your nonprofit makes for the kind of authenticity that corporations can’t as easily achieve. People-focused campaigns lend themselves very well to the nonprofit sector. UNICEF, as an example, has been very successful in this area. Click to watch the results of their recent Video Crowdsourcing campaign.

Probably the biggest barrier to entry for producing crowd-sourced video campaigns is the “ask” you are making of others. You are requesting not only their thoughts and ideas, but also their time. Younger generations have grown up with video technology and for many of them being on camera is innate; the fears associated with creating “video-selfies” are much less prevalent; they don’t have the same reservations as other generations and perhaps experience less stage fright.

Fifty-three per cent of nonprofits in 2014 stated that acquiring new donors was their top goal for 2014. This goal ranked higher than engaging their community (49%) and general brand awareness (39%). Retaining current donors comes in at fourth priority at 30%*.

When we are looking for new donors and supporters we often look to rally support from younger generations who over time will become allied supporters and future donors, so the more we make inroads with these audiences now, the greater impact we’ll have in future. And in this case (as with all cases) the medium is the message!

We’re putting it to the test!
Inspired by new tools that are readily available to help build higher levels of brand engagement by aggregating user-generated video content, Crescent is running a video storytelling campaign for the nonprofit marketing community: we’re asking nonprofit marketers to share advice for each other in this video crowdsourcing campaign: Click here to view and participate in the campaign.