Best Friends Animal Society, the united States’ best-known nonprofit organization for animals, contracted C ( Group as a partner in their Invisible Dogs campaign. The campaign, inspired by the invisible dog leash of the 70s and 80s, is meant to raise awareness of abused and abandoned dogs in America. Given the financial crisis throughout the United States and the disaster of Hurricane Katrina in New Orleans, thousands of dogs were abandoned, lost, or left for dead.

Best Friends needed a mobile app that was interactive, approachable, fun, and—most importantly—helped further their cause.

The C ( Group team worked with Best Friends Animal Society to design a face-to-face dog matching app. Playing on the popular observation that people tend to look like their dogs, the app finds users their “doggie twin.” 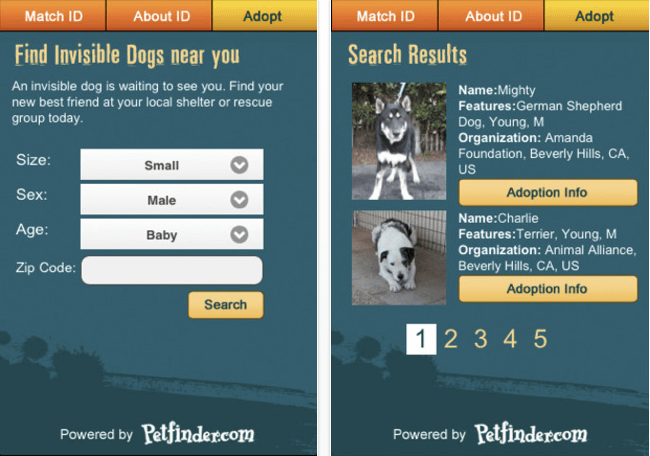 Here’s how it works: users snap photos of themselves or upload saved photos from their image library; then the app works its magic, using photo-recognition technology to find that user a dog match.

Save your photo to the Best Friends User Generated Content Wall and then share it on social channels like Facebook and Twitter. Search your area by zip code to find dogs in the area in need of adoption or donate funding through their Simple Giving feature for homeless pets. Finally, the story behind the Best Friends Animal Society by taking their grassroots pledge to start seeing Invisible Dogs.

Thinking about building an app for your next social good initiative? Contact us for a free consultation.